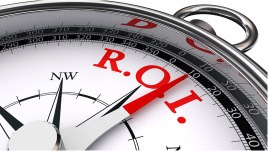 EMBAC conducts the survey to track the perceptions and opinions of EMBA Program graduates and to help measure the return on investment of the degree. The survey included 1,619 students from 60 EMBA Programs, primarily based in the United States.

EMBA graduates also reported high levels of satisfaction with their EMBA experience, including the program quality. They are likely to recommend their program to a colleague or friend and also to support the program as alumni.

From the 2020 EMBAC Membership Program Survey