In 2017, EMBAC debuted a new award to recognize innovation in the EMBA industry.

The Tami Fassinger Spirit of Innovation Award acknowledges practical, impactful, and cutting-edge contributions that change the EMBA experience and understanding of the EMBA world. These advances may happen in areas such as admissions, curriculum, format, operations, recruiting, alumni relations, or corporate outreach, as well as other aspects of program delivery.

EMBAC named the award after its first recipient: Tami Fassinger from Vanderbilt University.

Based on merit, the award may or may not be given annually. A selection committee with two current board members and three members at large will decide on recipients based on nominations from members. 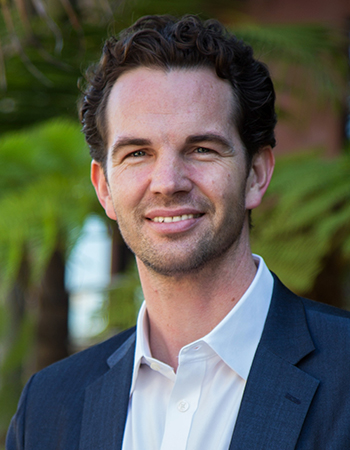 In 2018, George Ingersoll, associate dean of master’s and professional education at the University of Southern California (USC) Dornsife College of Letters, Arts, and Sciences, became the second recipient of the Tami Fassinger Spirit of Innovation Award.

In creating this award, EMBAC wanted to acknowledge innovative and pioneering efforts to change the industry, says Michael Desiderio, EMBAC executive director. “With his commitment to advancing education through the innovative use of technology, George embodies those efforts. His work has helped the industry explore and realize the potential that technology offers.”

In particular, his efforts at UCLA helped expand the EMBA’s reach. It all began when he returned to his alma mater.

In early 2011, Ingersoll called his mentor and former professor from the UCLA Anderson School of Management, Carla Hayn, to tell her the good news that he would be pursuing a PhD in higher education at Vanderbilt University’s Peabody College of Education.

“Come to UCLA instead,” she said, “and you can lead new initiatives at Anderson while you’re studying.”  That offer—to help Anderson launch a hybrid version of its Fully Employed MBA program (FEMBA) while simultaneously researching online learning at UCLA’s Graduate School of Education—proved too compelling for Ingersoll to refuse.

By 2015, UCLA Anderson was graduating its first cohort of hybrid students from its FEMBA Flex initiative, and Ingersoll had recently defended his dissertation, A Comparison of Online Instructional Strategies Across Key Student Outcomes.

Later that year, he began working with the EMBA Programs at UCLA Anderson, taking on the dual role of associate dean of Executive MBA Programs and Hybrid Learning.

Under his leadership, the EMBA Program at Anderson introduced a number of curricular and operational innovations, including the launch of a new hybrid section coupled with a doubling of the entering class size in 2016.  These changes also helped to expand the available elective and extracurricular options in both the FEMBA and EMBA Programs.

As Associate Dean of Hybrid Learning, George worked with the faculty at UCLA Anderson to expand the use of media and instructional technology across the curriculum.  Thanks in part to his efforts, the use of instructional media and interactive online activities are now core competencies across all programs at UCLA Anderson—not just in hybrid classes.

In November 2018, Ingersoll left UCLA Anderson for the USC Dornsife College of Letters, Arts, and Sciences in a newly created role as associate dean for master's and professional education, where he is helping the school to identify and grow new industry-facing graduate programs.

“Although I left the business school space, I take with me in my new role the invaluable perspective on serving the unique needs of each individual student that I gained in working with the UCLA Anderson Executive MBA Programs and from my EMBAC colleagues.” 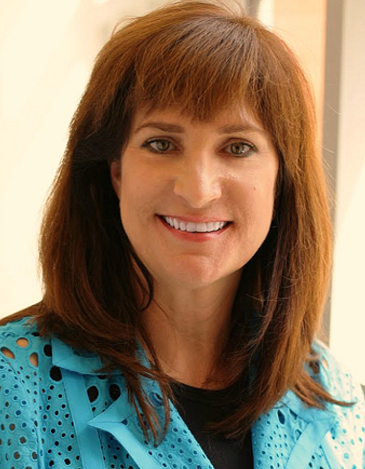 Fassinger spent much of her career helping MBA students with their careers. As the first associate director of career planning at Owen, she worked with her team to promote national visibility among recruiters for MBA students and developed a suite of career services. Her efforts led to record placement of classes and a TOP 5 ranking of career services offices in Business Week. She also co-authored a popular career business book, Adams Job Interview Almanac.

As associate dean, Executive Programs, for Owen from 2004 to 2011, Fassinger launched the master of management in health care, increased the class size of the EMBA Program, helped improve student satisfaction with the program, and grew revenues for non-degree programming.

A longtime contributor to EMBAC, Fassinger was elected to its Board of Trustees in 2016. Sadly, Fassinger passed away in 2018.

“She was involved in regional meetings, our conference committee, many of our research efforts, and of course our board. Tami had a knack for gleaning an insight from data that no one else seemed to notice. I had the privilege of meeting Tami shortly after assuming the role of executive director, and for the past 11 years she was a great contributor to my knowledge about academia. She was also a friend who will be greatly missed.”