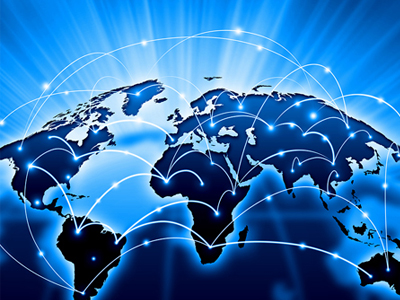 “While EMBA Programs enjoyed their biggest growth to date in the decades of the 1990s and 2000s, even in recent years, new programs continue to enter the marketplace,” says Michael Desiderio, EMBAC executive director.

The University of Chicago offered the first EMBA Program in 1943. What started slowly began to pick up steam – from 11 programs in the 1960s to 330 member programs at the end of 2014.

“The EMBA industry is becoming more mature and more global,” he says. “In addition to growth throughout the years in member programs, there has been growth in programs throughout the world.”

In addition, member schools often collaborate on EMBA Programs, which often increases global experiences for students. According to EMBAC research, 10.3 percent of member programs are offered as joint programs.

For example, IESE Business School and China Europe International Business School (CEIBS) will launch a new joint program in January 2016: the World Executive MBA. The new program will use a blended format, with residential modules at both campuses and online modules.

“The World Executive MBA is a high-intensity, truly international program that will bring together senior business executives for an entirely new learning experience,” says Professor Nikos Tsikriktsis, associate dean for the CEIBS GEMBA Programs. “It will blend the in-class learning experience with online learning and with courses on four continents. Our participants, who may join us from anywhere in the world, will benefit from strengthening their global networks.”

Schools continue to find innovative ways to combine their resources and talents, says Desiderio. “Those combinations are helping expose students to new opportunities and broaden their alumni networks.”

In the United States, member schools also continue to launch new programs, he says. “Some of these programs are making the most of new technology to offer busy executives greater access,” says Desiderio. “Other programs are focusing on target industry areas, such as health care.”

For a look at some of the most recent new member programs, visit school news.

“Our EMBA blog allows us to share information about the latest Executive MBA Council events and offerings, as well as industry trends and best practices in EMBA Program management and operations.”

Want to know more about the Executive MBA?
Visit our website for prospective students